Bochum Barflies struggled to get their offense going on Sunday, getting easily dispatched by Ennepetal Raccoons, 17-1.

Ennepetal Raccoons pulled away for good with six runs in the third inning. In the third Tolkmitt drew a walk, scoring one run, Jacoby was hit by a pitch, driving in a run, Birkholz tripled on a 1-2 count, scoring three runs, and Jakoby grounded out, scoring one run.

Ennepetal Raccoons scored six runs in the seventh inning. Ennepetal Raccoons’s big inning was driven by singles by Birkholz and Busch.
Jacoby was the winning pitcher for Ennepetal Raccoons. The pitcher lasted six and a third innings, allowing three hits and one run while striking out seven. Tolkmitt threw two-thirds of an inning in relief out of the bullpen.

Dudel took the loss for Bochum Barflies. The pitcher surrendered six runs on two hits over one inning.

Nengelken, Golenia, and Froning all had one hit to lead Bochum Barflies.

Ennepetal Raccoons opened up scoring in the first inning. Penger drove in one when Penger singled.

Ennepetal Raccoons tallied four runs in the fifth inning. Ennepetal Raccoons’s offense in the inning came from singles by  Büchmann, Winklareth, and Lucas Tolkmitt and a groundout by Penger.

Penger got the win for Ennepetal Raccoons. The righty surrendered two runs on two hits over five innings, striking out nine. Finn Jacoby threw two innings in relief out of the bullpen.

Bochum Barflies scored five runs in the sixth inning. The offensive onslaught by Bochum Barflies was led by Tobias Froning, Bruckmann, and Krause, who all drove in runs. 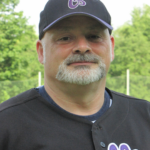 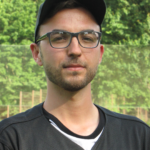 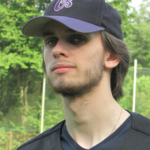