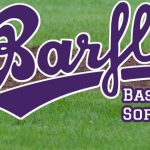 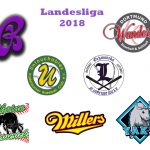 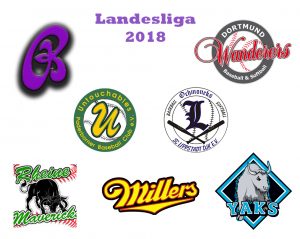 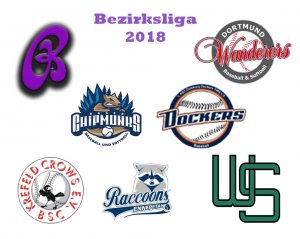 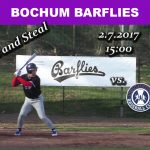 The Barflies and Lizards traded the lead back-and-forth on Sunday, but eventually, the Barflies prevailed 20-12. (Due to a scoring error in the 6th, the official score was recorded as 19-12.) The Barflies took the lead for good in the fifth inning. The game was tied at nine with the Barflies batting in the bottom of the fifth when there was an error, scoring one run.
The Barflies were boosted by Ilia Sinev who went 5-for-6 at the plate with 3 RBI’s. Sinev singled in the second, third, fourth, and sixth, and doubled in the eighth.
Herne Lizards captured the lead in the first inning. An error scored one run for Herne Lizards.
The Barflies took the lead for good with two runs in the fifth inning. In the fifth Cho singled off of Ulrich, driving in one run.
The Barflies scored six runs in the sixth inning. The Barflies‘ big inning was driven by an error, a single by Laudien, and a single.
Christian Theis earned the win for the Barflies. He threw five innings, surrendering nine runs, six hits, and struck out three. Warnath recorded the last 12 outs to earn the save for the Barflies. Ulrich took the loss for Herne Lizards. He tossed two and two-thirds innings, surrendering eight runs, three hits, and striking out four.
Müller started the game for Herne Lizards. He tossed two and two-thirds innings, giving up six runs, seven hits, striking out one, and walking one.
The Barflies collected 18 hits. Sinev, Froning, Theis, Laudien, and Gerhardt each collected multiple hits for the Barflies. Sinev and Theis each drove in three runs to lead the Barflies. The Barflies tore up the base paths, as two players stole at least two bases. Sinev led the way with three.
Herne had 11 hits in the game. Ulrich, Müller, and Jarocki each collected multiple hits for Herne Lizards. Ulrich went 3-for-5 at the plate to lead Herne Lizards in hits. Schlemminger led the Lizards with three stolen bases, as they ran wild on the base paths with 12 stolen bases.
„Powered by Narrative Science and GameChanger Media. Copyright 2017. All rights reserved.“

The Barflies and Ennepetal Raccoons passed the lead back-and-forth on Sunday, but eventually Ennepetal prevailed 10-6. The Barflies gave up a two-run lead heading into the top of the ninth when Penjer singled off of Marco Warnath, driving in the go-ahead run.
The Barflies collected five hits and the Raccoons had 13 in the close game.
Ennepetal took an early lead in the first inning. Kunse grounded out, scoring one run on the play. In the bottom of the first, Laudien homered to deep right to tie it up again.
After Ennepetal scored a run off a double in the fourth and an error during a pick-off attempt in the fifth, the Barflies answered with one of their own. The Barflies scored when Nils Brunjer walked four in the fifth, ending his day on the mound.
The Barflies held the Raccoons to one-run innings through the first eight, highlighted by two putouts at home and doubling up a fly ball.
Barflies scored four runs in the eighth inning. The big inning was thanks to a double, two singles and an error. Ennepetal tied it up again in top of the ninth with three straight base hits. A single and a double put the Raccoons up for good by two. An error by Beargie gave them two more insurance runs. The Barflies chances at a comeback where thwarted by Ennepetal’s closer. The high velocity pitches from the lefty Babinec were too much for the Barflies to handle, as the top of the line-up went 1-2-3 with two strikeouts and a grounder to third.
Perjev earned the win for Ennepetal. He pitched three and a third innings in relief, surrendering four runs, three hits, striking out two, and walking zero. Warnath took the loss for Barflies. He tossed three and two-thirds innings, giving up six runs, nine hits, striking out two, and walking one.
Brunjer started the game for Ennepetal Raccoons. He pitched four and two-thirds innings, surrendering two runs, two hits, and striking out four. Christian Theis started the game for Barflies. He threw five innings, giving up three runs, four hits, striking out five, and walking zero.
„Powered by Narrative Science and GameChanger Media. Copyright 2017. All rights reserved.“

The Barflies watched the game slip away early and couldn’t recover in a 17-3 loss to Ratingen Goose-Necks 2 on Sunday. Ratingen took an early lead on a throwing error in the first inning. Ratingen scored three runs in the 4th, 5th, and 7th, one run in the 8th and six more in the 9th inning. Tobias Esch earned the win for Ratingen Goose-Necks 2. He pitched six innings, allowing two runs, four hits, and striking out six. Christian Theis took the loss for Barflies. He tossed four and two-thirds innings, surrendering seven runs, six hits, and striking out four.
Barflies had five hits in the game. Peter Beargie and Andreas Laudien each collected multiple hits for Barflies. Ratingen collected 14 hits.
„Powered by Narrative Science and GameChanger Media. Copyright 2017. All rights reserved.“ Any reuse or republication of this story must include the preceding attribution.